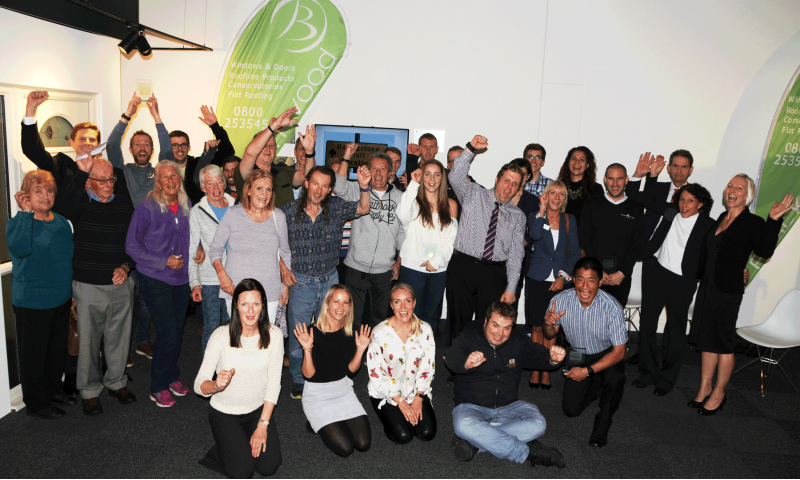 The evening was held at Brackenwood Windows’ showroom, in Kimbell Road, Basingstoke, and was attended by representative of other corporate sponsors including Tech Data and Bovis Homes, as well as to local postcode winners and age category winners.

This year just under 1,000 people ran the 13.1 mile route which passed through some attractive north Hampshire countryside and villages including Cliddesden, Ellisfield and Farleigh Wallop before returning to War Memorial Park. This year there was a slight twist in the route where much of the route was ran in a different direction to previous years.

This year was the fifth year that Phillips Solicitors were the headline sponsors of the popular event.

Phillips Director and Chairman of Destination Basingstoke, Jonathan Pender said: “As usual the Phillips Basingstoke Half Marathon proved to be a great success with people enjoying the challenge of a change of direction!”

The race winner was Tom Aldred from London Heathside who completed the course in an impressive 69 minutes and 39 seconds followed by Toby Lambert, from Winchester and District Athletics Club, who won the very first race in 2011. This year he completed the course in 72 minutes 7 seconds, followed closely by Robert Wood from Basingstoke and Mid Hants Athletics Club who ran it in 73 minutes 56 seconds.

The first woman to cross the line was Lesley Locks from Hart Road Runners, completing the run in 82mins 30 seconds, followed by Freya Martin and Jenny Laing from South Derbyshire Road Runners.

Next year’s Phillips Basingstoke Half Marathon will take place on Sunday October 6.

There will also be a 10K race taking place on the same day.

To find out more visit www.destinationbasingstoke.co.uk/basingstoke-half-marathon/

If you would like to run as a member of Team Phillips, please contact our Marketing Manager Richard Garfield, by emailing [email protected]