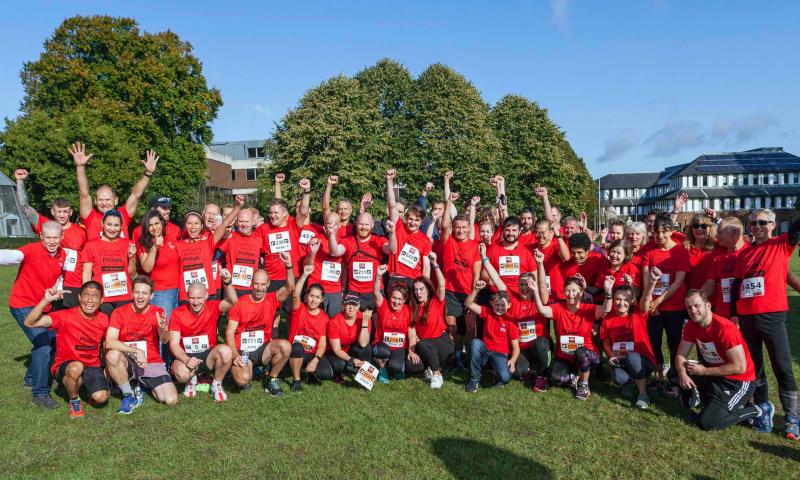 Well done to everyone who took part in Sunday’s Destination Basingstoke Phillips Half Marathon and 10K Run. 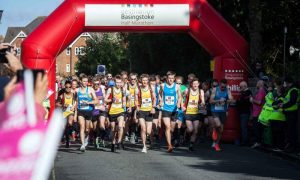 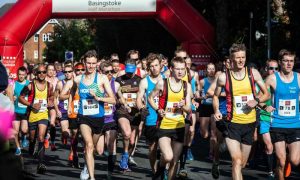 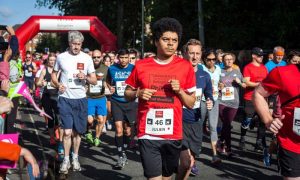 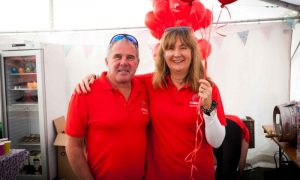 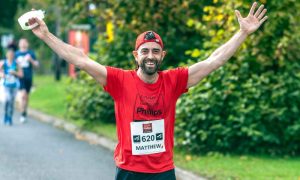 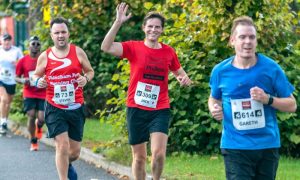 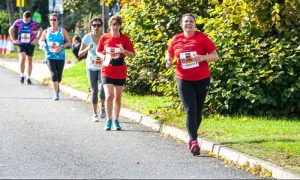 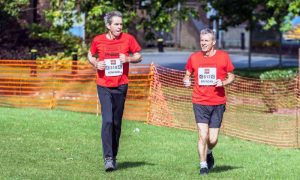 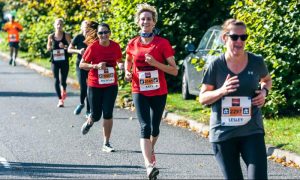 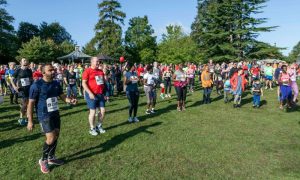 This year was the sixth year that leading local law firm Phillips Solicitors were the headline sponsor of the popular event.

The firm, based at its Town Gate offices, in London Street, Basingstoke, fielded a team of a total of 50 runners in the half marathon and this year’s inaugural 10K run.

From its base at The Ark Conference Centre, behind Basingstoke Hospital, Pelican provides grassroots funding for ground-breaking research and produces and hosts training programmes.

Among those who completed the 13.1-mile half marathon was Phillips senior director Howard Gardener, along with fellow directors Jonathan Pender, Jack Gardener and Max Hope.

Howard and Jonathan have run every single half marathon since the event was first held in 2011.

They both completed the gruelling course in a comfortable two hours (and a little bit more).

Howard said: “Although it was not my fastest time, I was very relieved to have crossed the finish line with my good friend, consultant surgeon and fellow Pelican trustee Brendan Moran – between us we are 125 years old!”

“Those hills certainly don’t get any easier, but it was heartening to see so many people come out and support the runners.”

Howard added: “It was all well worth the effort to support Pelican Cancer Foundation, who do such admirable work in leading the fight against lower body cancer.”

“In fact, as a result of its work, Pelican has had a significant impact on 11.8% of all UK cancer patients which is outstanding.”

Howard added: “It was wonderful to see so many people take part in both the half marathon and 10K Run and I am especially grateful to those, including both my sons and both our daughters-in-law, who ran with Team Phillips – well done everybody.”

“As usual Destination Basingstoke did a magnificent job organising the event, which despite the threat of bad weather, proved to be a great success.”

Howard’s son Jack, echoed his sentiment and said: “What an amazing day! Against all the odds, the weather shone which meant that the crowds turned out in full force to cheer the runners. As headline sponsors, Phillips Solicitors, were thrilled to see that the introduction of the 10k opened up the event to even more participants. I am already looking forward to next year’s event and hopefully beating my time from this year.”

“We are incredibly grateful for all the hard work and effort put in by so many.  The money raised will help practitioners improve procedures to treat and care for patients with advanced bowel cancer.”

So far more than £1,400 has been raised via the firm’s fundraising page which can be found by visiting https://uk.virginmoneygiving.com/Team/TeamPhillips2