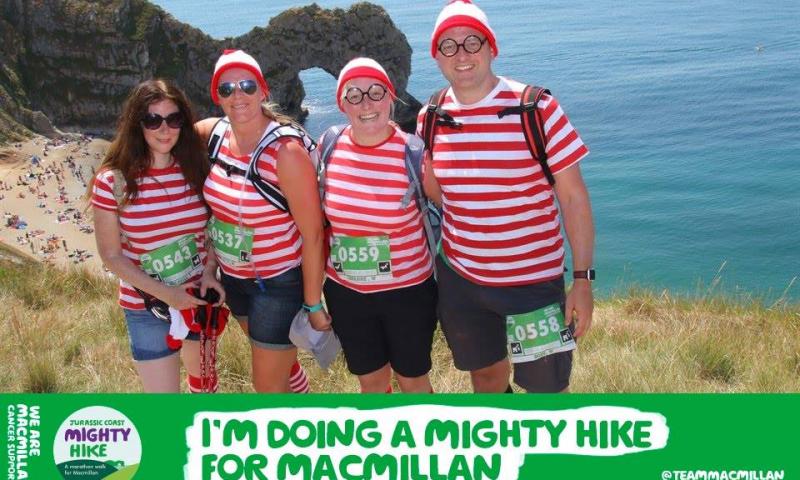 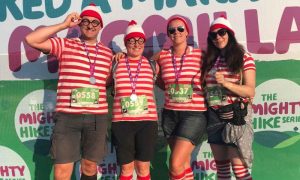 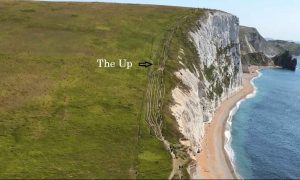 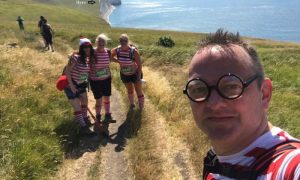 Among the so called Wallies was Mike Worth who is the IT Manager at Phillips.

Mike along with his wife Nicola and friends Michelle Tejevo and Lorraine Kearney Walls completed the hike on a sweltering hot Dorset day – at least 30°C – in less than 11 hours, under the team name The Sole Survivors.

Just for fun, the four decided to do this dressed as Wally from the book series Where’s Wally?

So far The Sole Survivors have raised around £1,800 for Macmillan Cancer Support.

Mike said: “This very difficult challenge was mentally and physically the hardest thing I have ever attempted.”

“I totally appreciate why it’s called the ‘Mighty Hike’ now, having never ventured down to that part of the coast before. Ignorance is bliss and this occasion more so than ever!”

“At points it was like walking through a desert looking for an oasis, and not finding one!”

“Thanks to all those that sponsored our efforts, hopefully we made you all proud, and feel free still to add if you’d like to.”

To contribute to the team’s efforts visit https://uk.virginmoneygiving.com/Team/SoleSurvivors2018