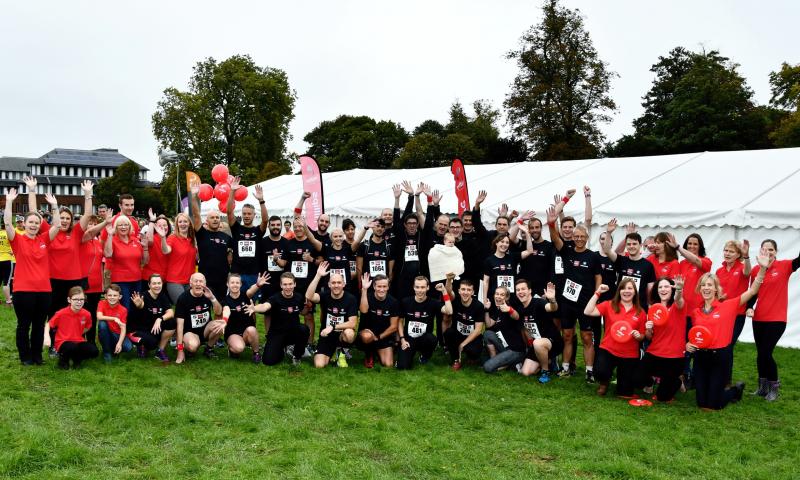 Well done everyone who took part in Sunday’s Phillips Basingstoke Half Marathon.

For the fourth year running Phillips Solicitors were the headline sponsors of the annual event which once again proved to be a great success.

Among those who completed the 13.1mile course was Phillips senior director Howard Gardener, who has ran every single half marathon since the popular race started in 2011.

He headed a team of 52 runners – five of whom work for the leading Basingstoke law firm in London Street.

Howard said: “I was very pleased that we were able to field 52 runners this year and I am especially grateful to everyone who ran with Team Phillips.

“While the route does not get any easier, it is always encouraging to see so many people cheering us on.”

Howard added: “We are immensely proud to be part of an event that flies the flag for Basingstoke and we used the opportunity to raise money for our charity of the year – the Ark Cancer Centre Charity.”

The charity is raising £5million to go towards a much needed cancer treatment centre that will be built in the Basingstoke area.

Ark Cancer Centre Charity trustee Merv Rees said: “Thanks to all the Phillips Solicitors entrants who ran the half-marathon and raised funds for the Ark Cancer Centre Charity. Every pound counts towards the charity’s £5million target, and it’s great that the Phillips runners were raising money through The Good Exchange portal, meaning that every pound donated has been match-funded by Greenham Common Trust.

“So far, more than £1,400 has been donated and this sum will be doubled, so thank you to all the Phillips runners, and their sponsors, who have all made a difference.”

There is still time to make a donation to the Phillips fundraising page, simply google Phillips The Good Exchange or visit http://bit.ly/2wI0DEv.