There were smiles all round during the Pelican Summer Fun Run. 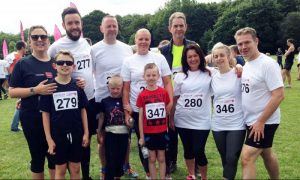 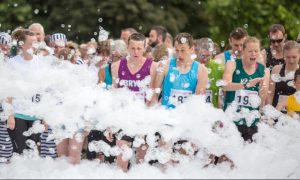 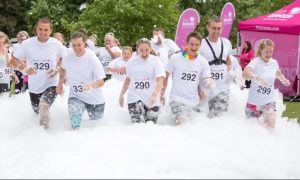 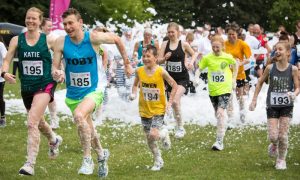 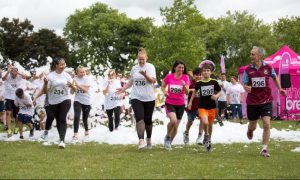 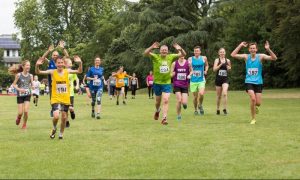 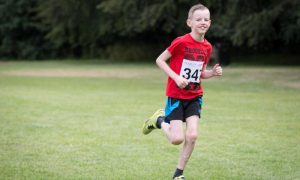 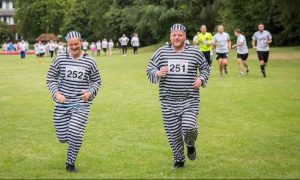 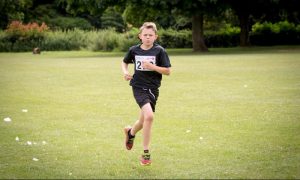 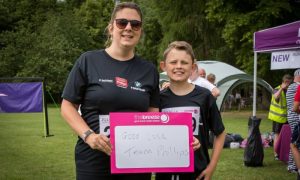 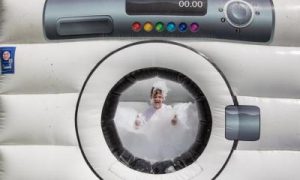 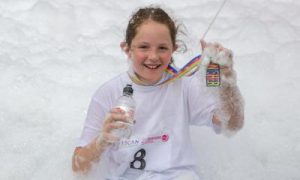 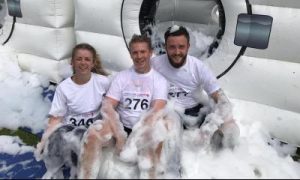 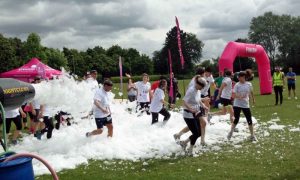 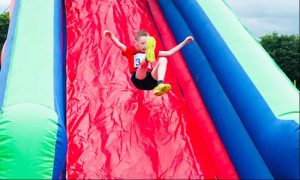 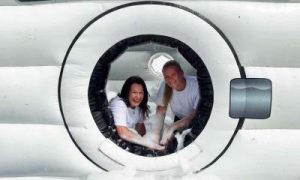 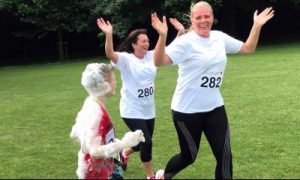 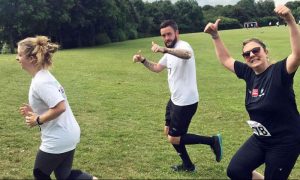 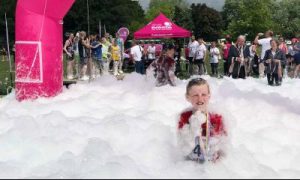 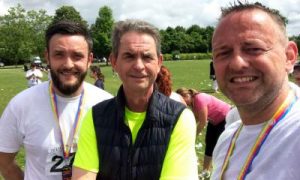 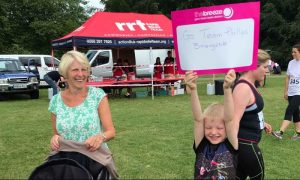 The event attracted 330 runners who had a choice of running a 2.5K or a 5K course around Basingstoke’s War Memorial Park, where they tackled various inflatable obstacles, including a slide, before jumping into one of two giant bubbled-field washing machines and then crossing a mountain of foam at the finish line.

Phillips Solicitors fielded a team of 10 runners, including our senior director Howard Gardener.

The fun run was held to raise funds and the profile of our charity of the year, the Pelican Cancer Foundation, which does a tremendous job in helping to fight “below-the-belt” cancers.

The small charity, based in the grounds of Basingstoke hospital at the Ark Conference Centre, aims to advance precision surgery for bowel, liver, prostate and bladder cancers.

At the finish line amongst the foam and bubbles was Pelican Chief Executive Sarah Crane along with the Mayor of Basingstoke and Deane Cllr Sean Keating and his wife the Mayoress, Gwen Keating, who handed out medals to all of the runners.

If you would like to make a donation for the Pelican Cancer Foundation, please visit our fundraising page

We will be fundraising again for Pelican when we will have a team of 50 runners taking part in the Phillips Basingstoke Half Marathon on Sunday October 7.

Many of the pictures in this article’s gallery are from @CharityImages.

Visit Pelican’s Facebook page www.facebook.com/pelicancancer/ and go to Photos. There you will see more of Jon’s pictures in the Pelican Cancer Foundation Summer Fun Run 2018 album.