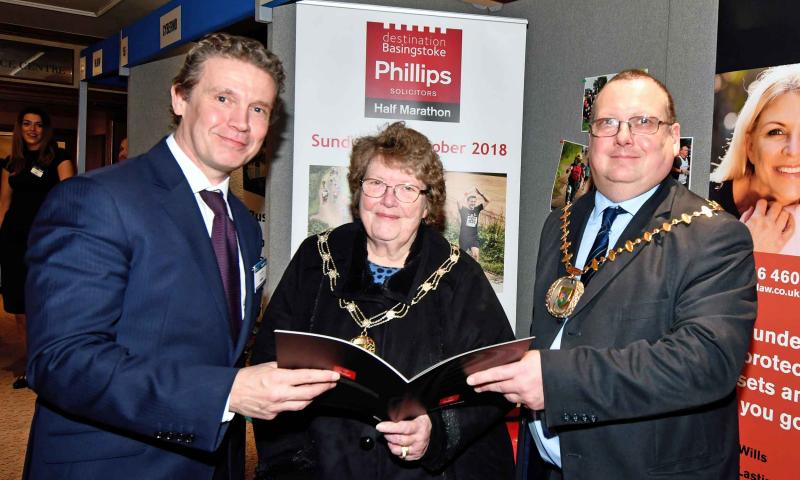 The Basingstoke Business Expo proved to be a great success. That is the verdict of Commercial Law Solicitor Kathryn Johns.

Kathryn who spent a busy day with Marketing Manager Richard Garfield at the Phillips stand, said: “The Basingstoke Business Expo was a fantastic event, showcasing the variety of businesses in the local area and giving us all an opportunity to meet each other and discover how we can work together.”

She added: “I really enjoyed meeting potential new clients and suppliers of Phillips and making new connections. I am definitely looking forward to next year’s event!”

Among the visitors who popped by to have a chat was the Mayor of Basingstoke and Deane, Cllr Paul Frankum, along with the Mayoress, Cllr Jane Frankum.

Richard said: “It was great to see so many people attend the event, including the Mayor and Mayoress, who seemed to be very impressed with the expo.

“Neal Purvey and Julie Corlett from the BestofBasingstoke along with Matthew Larcome from Memo Events did a great job organising and promoting the event.

Held at The Apollo Hotel, on Thursday March 22, the event attracted more than 500 people, who had the opportunity to visit 50 stands showcasing the services of a wide variety of local businesses.

In the picture, taken by Sean Dillow of The Big Cheese Photography, are Phillips Marketing Manager Richard Garfield with the Mayor and Mayoress of Basingstoke and Deane, Cllr Paul Frankum and Cllr Jane Frankum.