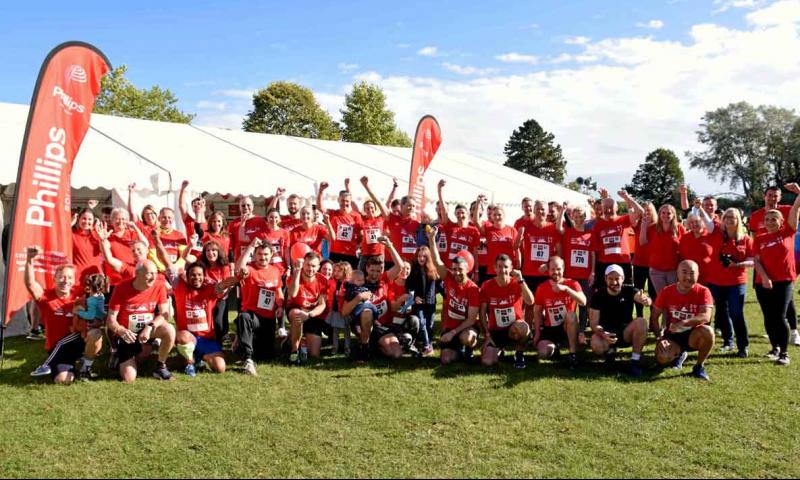 This year’s Phillips Basingstoke Half Marathon and 10K Run proved to be a runaway success.

The popular event was particularly special as it was the half marathon’s delayed tenth anniversary, following on from last October’s Virtual Races.

Phillips has been involved with the half marathon since the inaugural event in 2011 and have been the proud headline sponsor since 2014.

Among those from the firm who completed the 13.1-mile half marathon course was Phillips director Jack Gardener, who finished in 1-hour 48-minutes.

Jack said: “What a fantastic day! The sun shone, the supporters cheered with gusto and the volunteers were brilliant. It was superb to see the Basingstoke community come together, and we were very proud to be headline sponsor.

“Congratulations to all those who took part especially the 32 individuals who have run each of the ten years since its inception.”

Phillips were delighted to have used this event to raise money for our charity of the year Sebastian’s Action Trust.

This is an incredible charity that does wonderful work and anything we can do to raise money and raise its profile is a very good thing.

The charity, which has a respite holiday home called The Bluebells, in North Waltham, just outside Basingstoke, provides emotional, social, and practical care for life-limited and life-threatened children and their families.

Sebastian’s Action Trust fundraising and communications officer, Simon Lilywhite, said: “We are so grateful for all those who took part in the Basingstoke Half Marathon and 10K Run in aid of Sebastian’s Action Trust. Their support is truly incredible, and it means we can continue to support families of seriously-ill children.”

If you would like to show your support for Sebastian’s Action Trust, there is still time to make a donation via our fundraising page which can be found at https://uk.virginmoneygiving.com/Team/TeamPhillips2021