Home / Insights / News /
JONATHAN HAS RETURNED FROM HIS TTT Good news – Jonathan Pender has made it back in one piece from his epic Twin Town Tour! 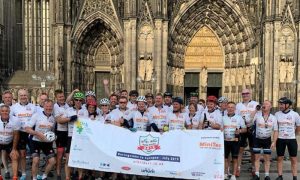 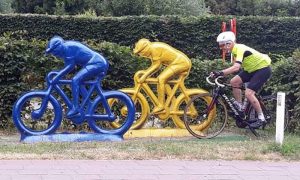 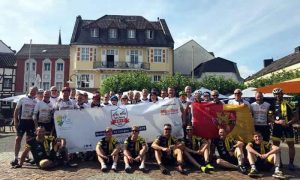 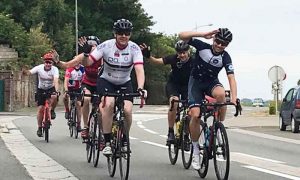 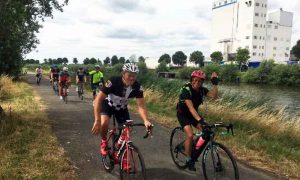 Jonathan, who is a director at Phillips Solicitors, was among 30 Arkriders, who cycled from Basingstoke to Cologne covering almost 500  miles in five days to raise funds for the Ark Cancer Centre Charity.

Starting at The Ark Conference Centre in the grounds of Basingstoke Hospital, the Arkriders rode through five countries, climbing 13,769 feet of hills and sometimes enduring cobbled roads!

They passed through two of Basingstoke’s beautiful twin towns – Braine-l’Alleud in Belgium and Euskirchen in Germany.

The Arkriders are a group of business and professional people predominately from around the Basingstoke area who enjoy cycling, some socialising and most importantly of all raising money for the Ark Cancer Centre Charity.

Over the past three years the Arkriders have raised over £265,000 for the charity which is on a mission to raise £5 million to build a state-of-the-art cancer centre in Basingstoke.

So far just over £2.3m has been raised for the project which will be built by the Hampshire Hospitals NHS Foundation Trust.

The centre will integrate conventional and supportive cancer care for people from across north Hampshire.

All of the Arkriders who took part in the Twin Towns Tour have set up JustGiving pages to help with their fundraising efforts. 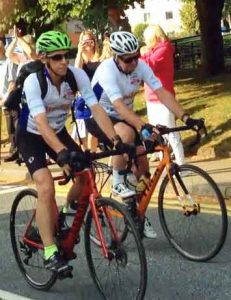 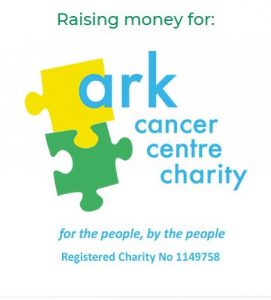 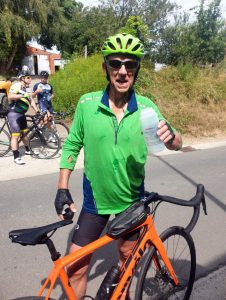