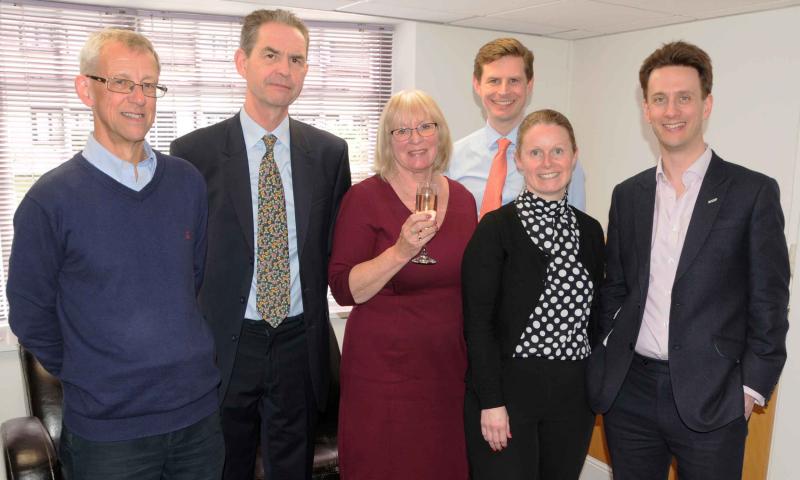 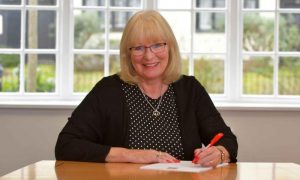 And that is the experience of Phillips Solicitors which over the past year has celebrated a number of milestones for long serving employees.

The latest is Gill Brown whose silver anniversary was marked by a lunchtime gathering of directors and colleagues at the firm’s Town Gate offices in London Street.

She joins a long list of employees who have had significant work anniversaries, including office manager/receptionist Sheila Garrett, who in March celebrated her 20 th anniversary at the firm. Prior to that her co-worker Theresa Dawe celebrated 30 years working for Phillips, while Zoe Baxter, who is a director and head of the Residential Property team reached her 25 th year, Alex Hooker, who is PA to Director Jonathan Pender and legal assistant Jakki Lonie both reached 30 years.

Gill, who is a director at the firm and head of the Employment Law team said: “We’ve been very fortunate at Phillips to have so many loyal staff stay with us for so many years. It makes us feel like we are part of a large family.”

“Long serving employees often represent significant value to a business. When someone has worked for your business for a number of years they would have acquired knowledge and relationships crucial to the continued success of the business.”

“I think one of the reasons why we have so many colleagues who have stayed with us for a long time is because they feel their hard work is recognised by the firm. When people feel appreciated they are more likely to stay working for a business. This is in part because we at Phillips foster healthy communications between all levels of employees.”

The firm, established 33 years ago, has grown since Gill joined it as a newly qualified solicitor in 1994.

Prior to joining the Phillips, Gill had a very varied career where she gained valuable experience. This ranged from working for one of the 20 th Century’s leading evolutionary biologist, when she was assistant to Professor Ernst Mayr at the Museum of Comparative Zoology at Harvard University, in Massachusetts to working as a personnel adviser at MCA DiscoVision, in California, which is part of entertainment giant MCA.

She also worked as a Legal Assistant at a global law firm Clyde & Co in London.

Describing Gill as the “Matriarch of the House,” Phillips’ senior director Howard Gardener particularly praised her for taking responsibility in training staff, which is in addition to her work as an Employment Law specialist.

“What you have done in encouraging young people and staff and nurturing their careers is second to non and they should thank you for that.”

“You have also kept us all on the straight and narrow by maintaining our training standards that are regularly updated alongside the first rate work you do as a solicitor for individuals and businesses that have employment law issues – all of these things are a remarkable achievement.”

Delighted with a beautiful gold locket presented to her by Howard, Gill said: “I don’t know where the last 25 years have gone – time has certainly whizzed by. I think this is in part because of the great colleagues I work with and wide variety of work I deal with at Phillips.”